Alan Lazar is a film and TV composer. Lazar recently scored crime drama “For The Love Of Money”, theatrically released in the US on more than 700 screens, and Netflix’s global #1 hit Princess Switch: Switched Again, starring Vanessa Hudgens and directed by Mike Rohl; Netflix’s Holiday in the Wild, starring Kristin Davis and Rob Lowe, directed by Ernie Barbarash; and the prestigious BBC program Natural World, narrated by Sir David Attenborough.

Lazar was a keyboard player and producer of the multi-platinum selling band Mango Groove. They performed at the inauguration of Nelson Mandela, and toured extensively around the world. Lazar’s classic South African song, “African Dream,” originally performed by Vicky Sampson, was performed in 2019 by America’s Got Talent finalist Ndlovu Youth Choir for their debut on the show. His score for Otelo Burning, directed and produced by Sara Blecher, earned him a nomination for “Best Achievement in Original Music/Score” at the South African Film and Television Awards and his score for Gangster’s Paradise: Jerusalema was rated by Film Music Magazine as one of the best scores of that year. Lazar also won a Wawela Inaugural Recognition Award, presented by performing rights society SAMRO and received a Mark Awards nomination (honoring excellence within the production music industry) for “Best Ambient Track” with “Hammer Will Fall.”

Alan co-founded, produces and composes for the BMG Luminary Scores catalog. Prior to that he founded “Lalela Music,” a 391 album production music catalog that enjoys millions of broadcast performances globally, and is now owned by STX Entertainment.

Lazar is a member of the Television Academy, Recording Academy, BMI and the Society of Composers and Lyricists. He is a Board member of the Production Music Association.

He received his MFA from USC Film School and currently resides in Calabasas, California with his husband, two daughters, and a dog named Comet. He cooks a mean chili, loves Texas Hold ‘Em poker, and giggles uncontrollably when he gets overly tired.

Learn the answers to 10 Questions from BMI to Alan.

To find out some more interesting facts about Alan, please visit his Simon and Schuster page. 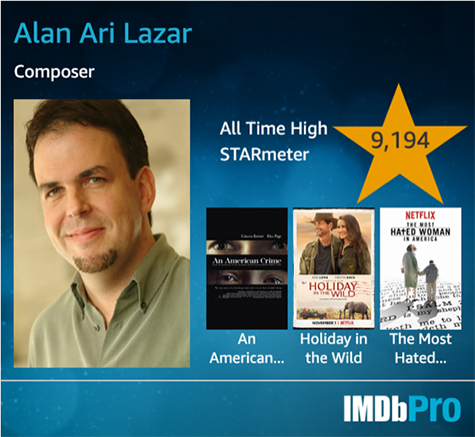 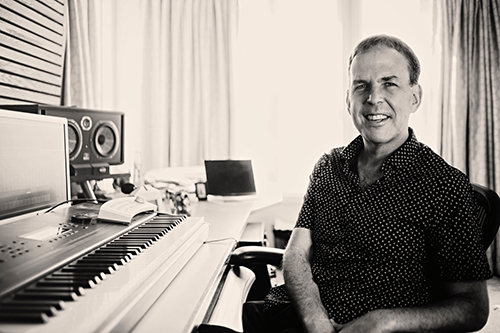